As some of you may know I have been in complete hibernation mode due to good old fun university exams! After weeks of living as a typical student on Red Bull, pizzas, slabs of chocolate per evening (yes, slabs not bars!), kebab rolls and a whole load of fried chicken, it was definitely time for a good quality, hearty and fat meal (and perhaps a gym session or two… but that can wait :D). Of course returning home to Mum’s chicken curry was the best meal I could receive as nothing can beat that! However, now that my freedom is back and due to the fact that I missed my birthday celebrations last week because of exams, I have a whole week of Big Fat Halal food adventures carefully timetabled in and I’m so excited!

First on the list was a Turkish place called Hazev, which consists of a restaurant, café and deli located perfectly beside the water in Canary Wharf. As you stroll alongside the water’s edge, the pretty little trees adorned with red and blue fairy lights welcomes you and leads you towards the grand wooden doors with an intricately engraved Turkish design. Being beside the water made it extra icy and cold, so when we entered, the warmth and lovely smell in Hazev gave us a sudden feeling of satisfaction and excitement whizzed through our bodies. The beautiful teal and gold decor was stunning and complemented the antique furniture well… it also made for some great selfies! (Don’t smirk, we all do it ;D) 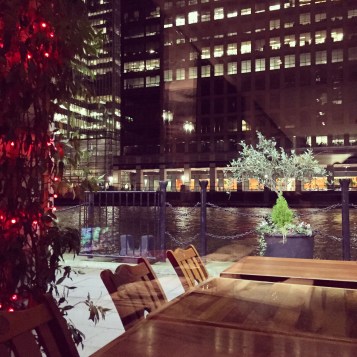 We were served with warm bread and yoghurt while deciding what to order.  Our waiter was initially very friendly and our food arrived quickly, but to our dismay we realised he had made a mistake with one of the dishes. This was slightly inconvenient but it was unfortunately poorly handled; he rudely told us it was our fault for not being able to pronounce Turkish words correctly which made it a rather amusing and immature debate. We were very disappointed with Hazev’s service, but in the end everyone got what they wanted and we were all happy!
Back to the food!
Tavuk Shish (£11.65)
The chicken arrived piping hot and you could taste the fresh chargrilled outer layer and the tenderness on the inside. It remained flavoursome and moist even when it cooled down and was definitely a positive dish! 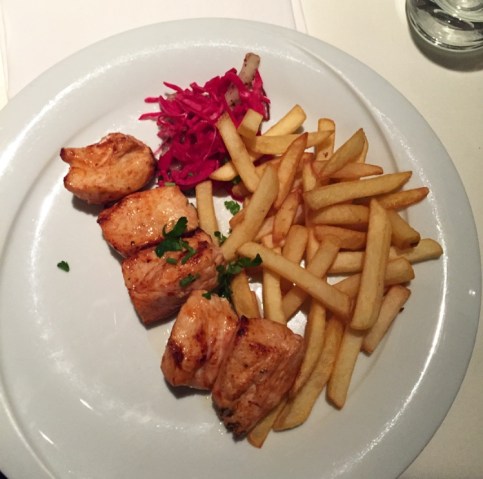 Lamb Kofte (£11.45)
To get some kofte I traded two of my chicken chunks for 2 pieces of kofte. Did I make a good deal? Not really. The kofte was nice and soft but there was nothing to shout out about to be honest as I’ve had better! 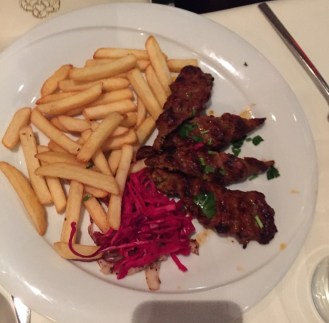 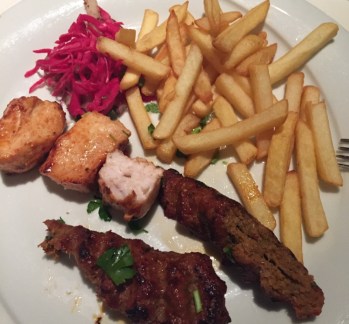 Tavuk Corbasi (£6.45)
When my friend ordered chicken soup I looked at her and thought she was rather strange to be honest. Not that there’s anything wrong with soup, but seriously who orders soup at a Turkish restaurant? So obviously I used that as an excuse to try her soup and “check” if it was worth getting. I have to say it was very heart-warming. The chicken was tender and the vegetables were not too soft and not too hard. They can often become mushy in a soup but they weren’t over cooked so they stood strong! 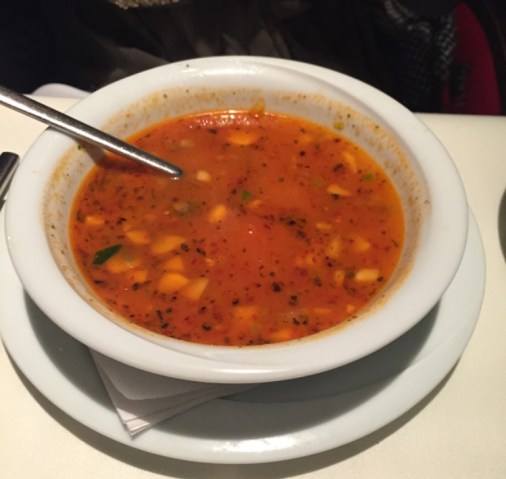 Karizik Izgara (£13.95)
Hazev’s mixed grill consisted of kofte and some chicken and lamb cubes. The lamb was really yummy and packed in flavour which was not too overpowering. It was not too chewy either which is a downside to some lamb cubes I’ve tried before. 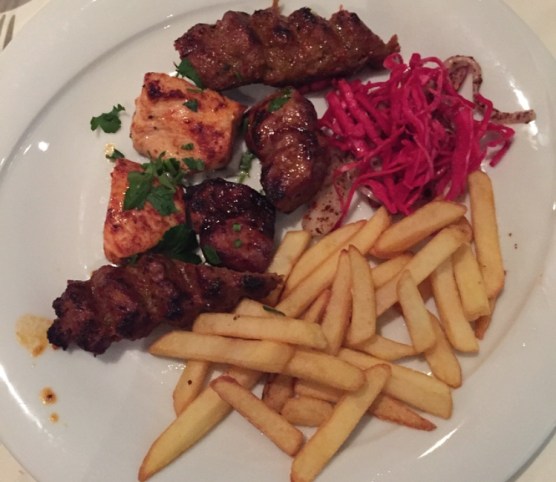 Tavuk Iskender (£12.95)
I usually opt for lamb iskender, so when my friend ordered the chicken I had to try it! I found Hazev’s dish to have a slight peppery taste which I didn’t quite like. But aside from that the chicken was tender and smooth and the flavours balanced well with the yoghurt. Sometimes I feel that the yoghurt removes the flavours of the meat, however the taste still remained which was good. I would still prefer lamb iskender over chicken though! 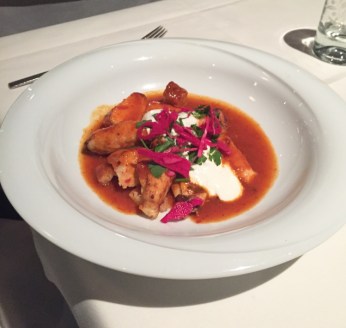 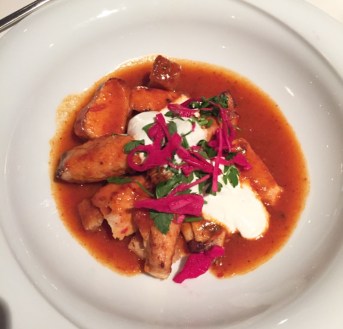 I have previously visited Hazev and I have to say on this occasion I was disappointed. Overall the food was positive, however the portions have decreased in size and the one waiter was very rude! I do love the atmosphere at the restaurant and I’m hoping that this is a one off and may be willing to give it another shot and some point in the future!
On previous occasions at Hazev, I tried the Sucuk Izgara for starters and Kunefe for dessert and they were both very delicious and memorable dishes!
Ratings:
Food 7/10 Good food
Value 6/10 Slightly pricey, but the venue is nice so this is expected. Portion sizes are always a bit small at Hazev.
Service 5/10 Food served quickly as always, staff are usually great however the waiter was very rude on this occasion.
Venue 8/10 Lovely atmosphere/location in Hazev with a nice view whilst dining.
Overall: 6.5/10
(Review by A)

« What To Eat At Winter Wonderland
Penang! »