It’s that time of the year again, when London is at its best and just taking a stroll in the heart of the city is simply perfect. I become a child again during this period and beg everyone to come with me to see the lights! It’s cold and your nose is bright pink, but you have a tingly feeling in your stomach because of the creamy hot chocolate that’s been warming up your hands. As we walked under the decorated trees we thought what could make this evening even better? FOOD (obviously)! The thought of eating at Cocochan … one of our favourite restaurants! We’ve been here before but thought what better way to start our blog?

Cocochan is located in St Christopher’s Place, just off Bond Street and offers a contemporary Pan Asian cuisine which includes halal dim sum – something we don’t usually get to have! The cosy restaurant is decorated well with 3 different seating styles including a terrace making it unique and creative. Cocochan is lively and always buzzing with people especially in the evening, but it would be great for an intimate outing too. But best of all the food is delicious! 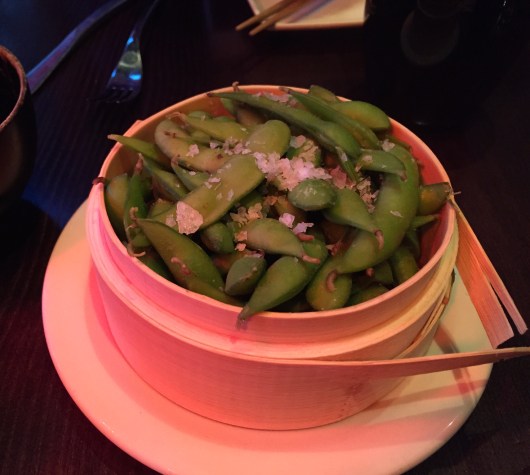 Edamame is one of my favourite starters. It’s plain and simple and is something you can’t go wrong with. It’s one of those snacks that disappears super fast as soon as it gets on to the table! The edamame arrived shortly after we ordered and was steamed and sprinkled with mini rocks of salt. Cocochan’s take on edamame beans was good, but nothing to shout out about, as it is a pretty standard dish everywhere. 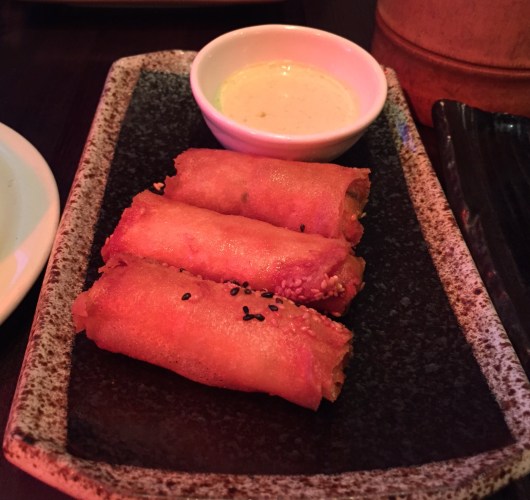 These crispy spring rolls are one of my favourite dishes at Cocochan and are filled with juicy king prawns that are oozing with flavour. The sesame seeds add a nice touch too! It is served with spicy jalapeno mayo, however we preferred to have it on its own. After tasting a different but delicious spicy mayo that comes with the prawn tempura, it would be worth asking if you could have this option with your spring rolls instead. 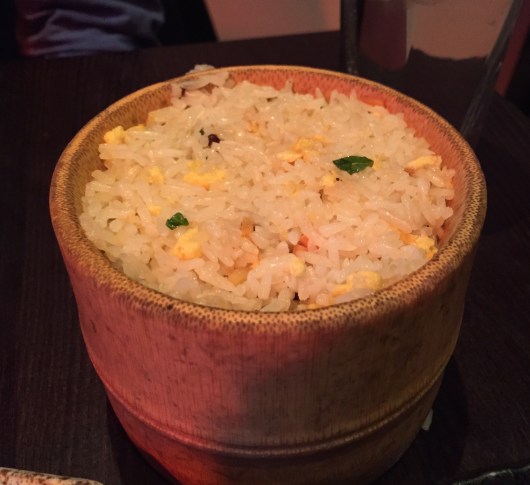 Egg fried rice is quite a simple dish, however from my experiences at different restaurants, I have realised that sometimes it can be too eggy, or there are too many vegetables which overpower the taste of the egg, or sometimes the rice is just too sticky. I was impressed with the fluffiness of the eggs here and the good balance of flavours, which made the rice yummy on its own! 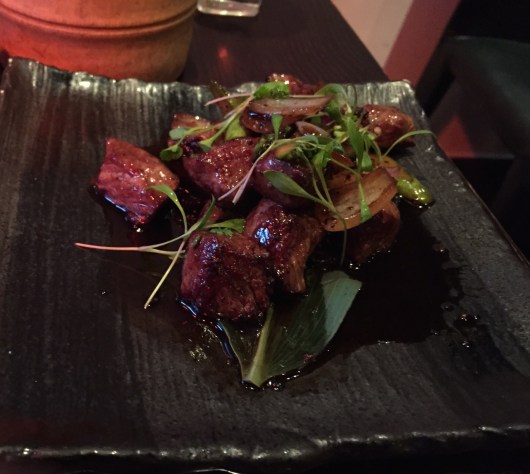 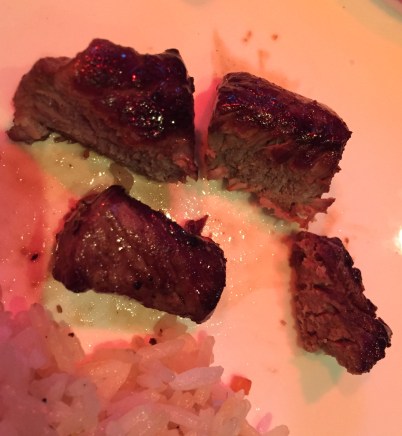 Served with Asparagus and baby shallot the beef cuts were covered in a spicy soy flavoured sauce, made by Cocochan themselves. The sauce didn’t pack too much punch though and wasn’t full of flavour. Our initial opinion was the dish was slightly dry and a little too chewy for our liking, but this could have been our own fault as we ordered the beef to be cooked well done. Having it cooked to a medium would’ve made the beef more succulent.

The portion size was satisfactory for the price and considering it was beef you would expect it to be slightly pricey anyway. There was enough beef to have it with the egg fried rice and the two went really well together. I was disappointed with this dish but had we ordered it to a juicy medium my opinion could have been different.

Two dishes we have enjoyed on past visits that deserve honourable mentions are XO prawn dumplings and Tiger prawn tempura. 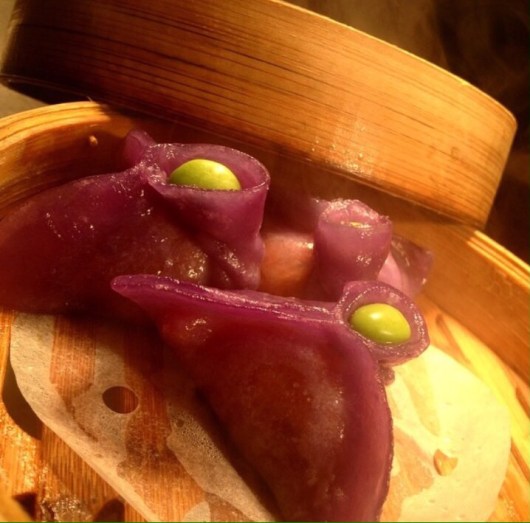 The interesting name struck out on the menu to me and I was really looking forward to trying some dim sum for the first time. Halal dim sum is a rarity in London and is one reason I really recommend visiting Cocochan (though in this post we haven’t technically reviewed any of the halal chicken or meat dumplings). The squidgy purple dough contains tender chunks of prawn covered in spicy XO sauce. I found out later from Cocochan’s instagram page that the dough is made of purple cabbage (you can’t taste this though so it’s not as bad as it sounds) and the XO sauce is a mix of spices. Like most restaurants that serve dim sum, a portion of dumplings contains 3 or 4. Cocochan serve 3 in a portion of XO prawn dumplings so it’s relatively pricey for what you get but I would recommend trying this dish if you haven’t had dim sum before. 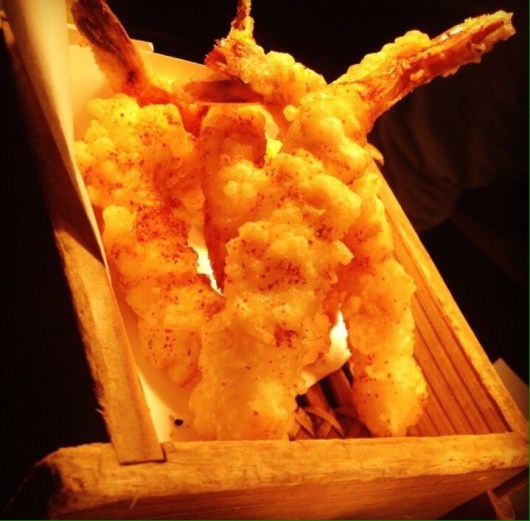 This is one of those dishes that you have and then reminisce about for long after. To this day my mouth still waters when I think about these perfectly crispy prawns served with one of – if not the – most delicious sauces I’ve had. Cocochan’s spicy mayo goes so well with the piping hot prawns that you are actually so disappointed when you’ve gobbled them all up. The prawns are fried so that the batter on the outside is crispy while you have that natural slightly crunchy texture of the prawns. This is easily my favourite at Cocochan and it would be a crime if you didn’t order a portion!

The total bill amounted to around £45 for two people, including two drinks with good service and a small waiting time. You can expect to pay this much at most London restaurants for dinner especially after they are named “London’s best Pan Asian restaurant”, though it may seem expensive for a few dishes between two. However the fact Cocochan offer halal dim sum and the great location of this restaurant make me want to keep coming back. Overall every experience here has been nice. The food hasn’t been perfect but it is always nice enough for you to want to come back and try new things so I would definitely recommend you visit.

Food 7/10 Good pan asian food every time I visit but not quite spectacular
Value 6/10 Slightly pricey. Other restaurants including pan asian ones who are a bit cheaper
Service 8/10 Always served really quickly
Venue 7/10 Nice atmosphere, is a little cramped depending on where you are seated though.

PLEASE NOTE: COCOCHAN USE HALAL CHICKEN AND BEEF ONLY. THE DUCK USED IS NOT HALAL AND SOME DISHES CONTAIN ALCOHOL. THE DISHES REVIEWED DID NOT OF COURSE CONTAIN ALCOHOL WHEN REVIEWED, BUT VERIFY THIS FOR FUTURE VISITS.

What To Eat At Winter Wonderland »