About this time last year I became aware of a group of people known as the Uyghur people, and ever since I have been fascinated by their culture! Uyghurs, who are primarily Muslim, are a Turkic ethnic group who live in Central and East Asia. They are mainly situated in the Xinjiang province in China, a place that was part of the ancient Silk Road trade route. Xinxiang is a place that borders several countries such as Kazakhstan, Tajikistan, Afghanistan, Pakistan and India, and as a result it represents a melting pot of cultures. Now imagine what that mix of cultures means for the food Uyghur people eat! Think samosas, chinese dumplings, pilaf, crispy naans, hand pulled noodles and even kebabs! It’s pretty incredible.

Last year I had no idea that these people even existed, but it turns out there’s actually a couple of hundred Uyghur people who live in London… and believe it or not there are even are a couple of Uyghur restaurants too! The first one I visited is called Etles in Walthamstow (which I will tell you about soon), and the second is Dilara in Finsbury Park… which I am going to tell you about today! 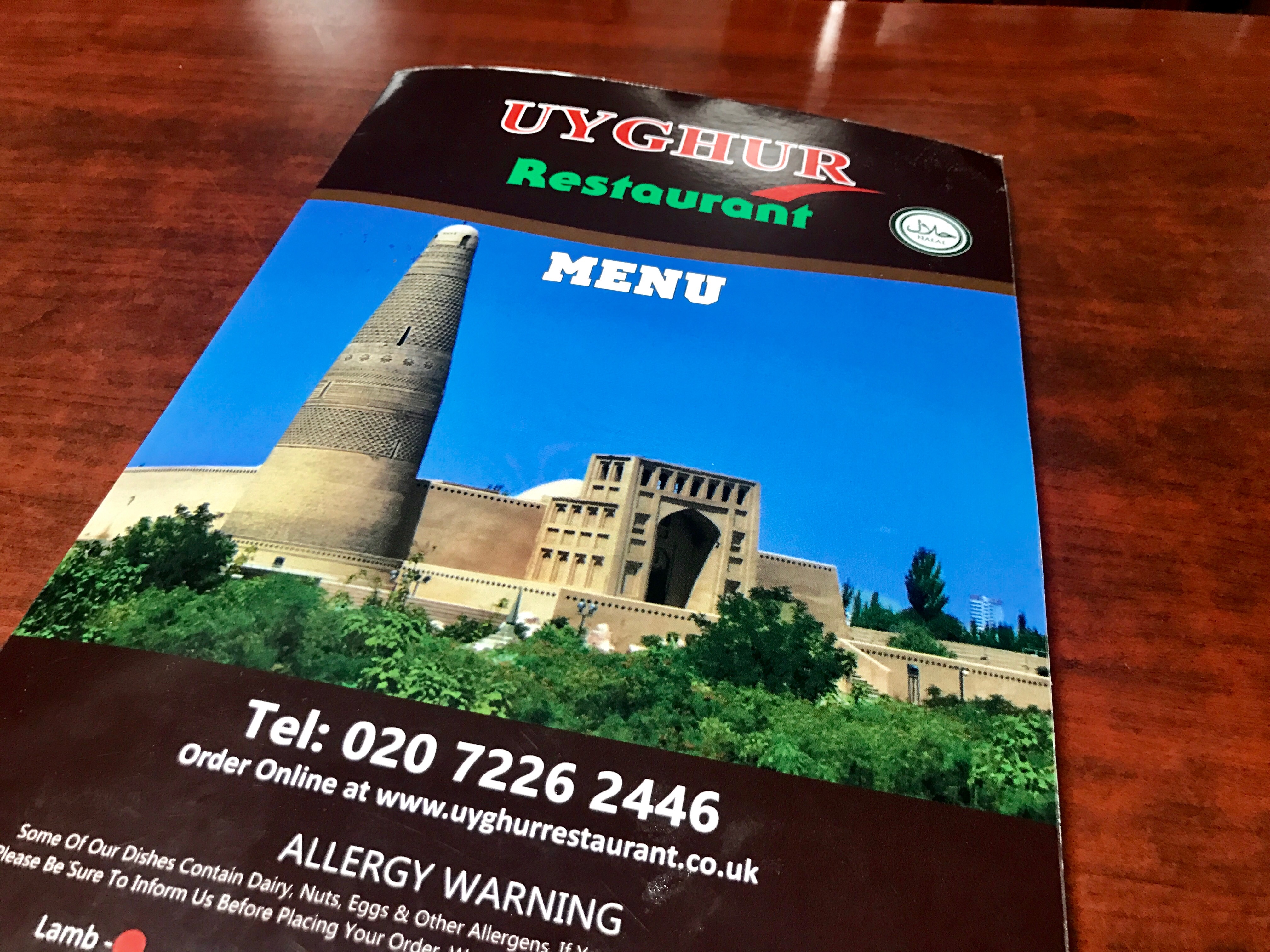 I arrived at Dilara Uyghur Restaurant one cold and windy winter evening to meet some fellow blogger friends. We were lucky to have Felix with us… he’s Chinese and he knows his stuff when it comes to food so we put our trust in him and got ordering.

To begin, we opted for a portion of Liangfen – a special type of Chinese jelly noodles made from mung beans, that is topped with a spicy salad. I really loved this and found it really addictive, despite the fact that I was majorly struggling to pick up the slippery noodles with my chopsticks! It is served cold, which made it really refreshing and perfect for the summer months. 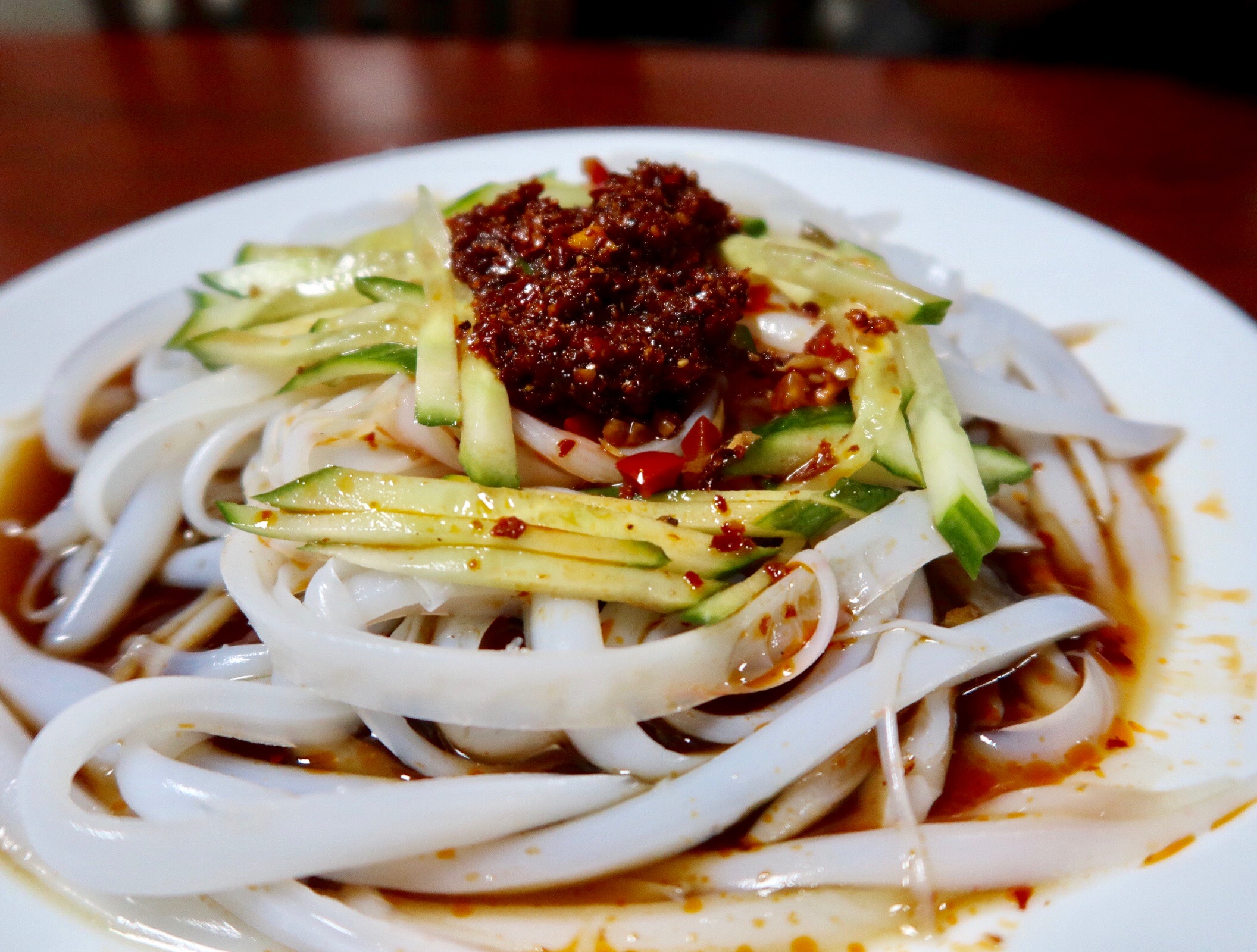 Beware that the spicy salad is SUPER spicy! I was gulping down lots of water after this. 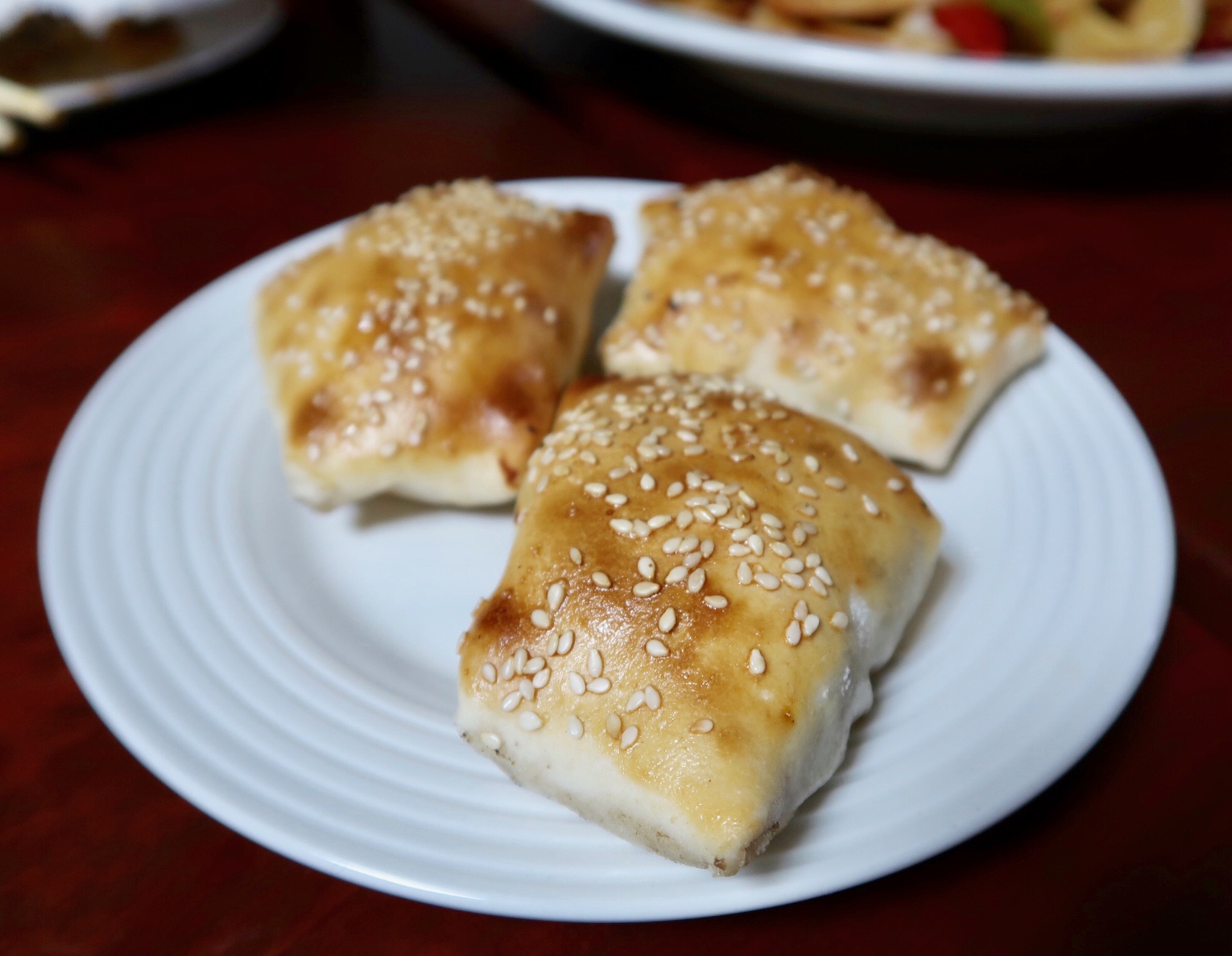 Samsa, are golden pastries (AKA samosas) that are stuffed with juicy lamb, beef and onion mixed with herbs. The pastry was nice and crispy however I personally would have liked a lot more spice and flavour and I felt that they were too bland. 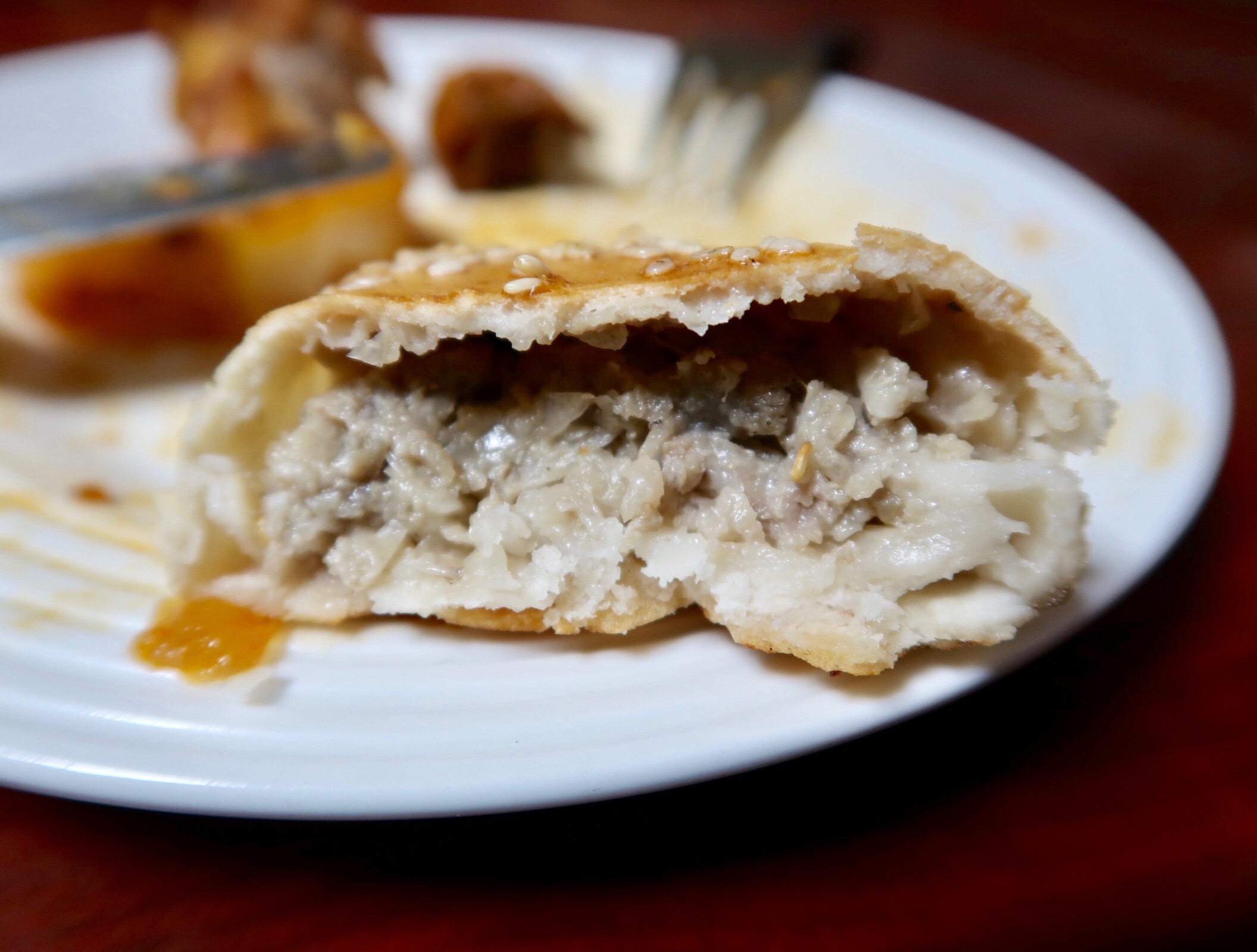 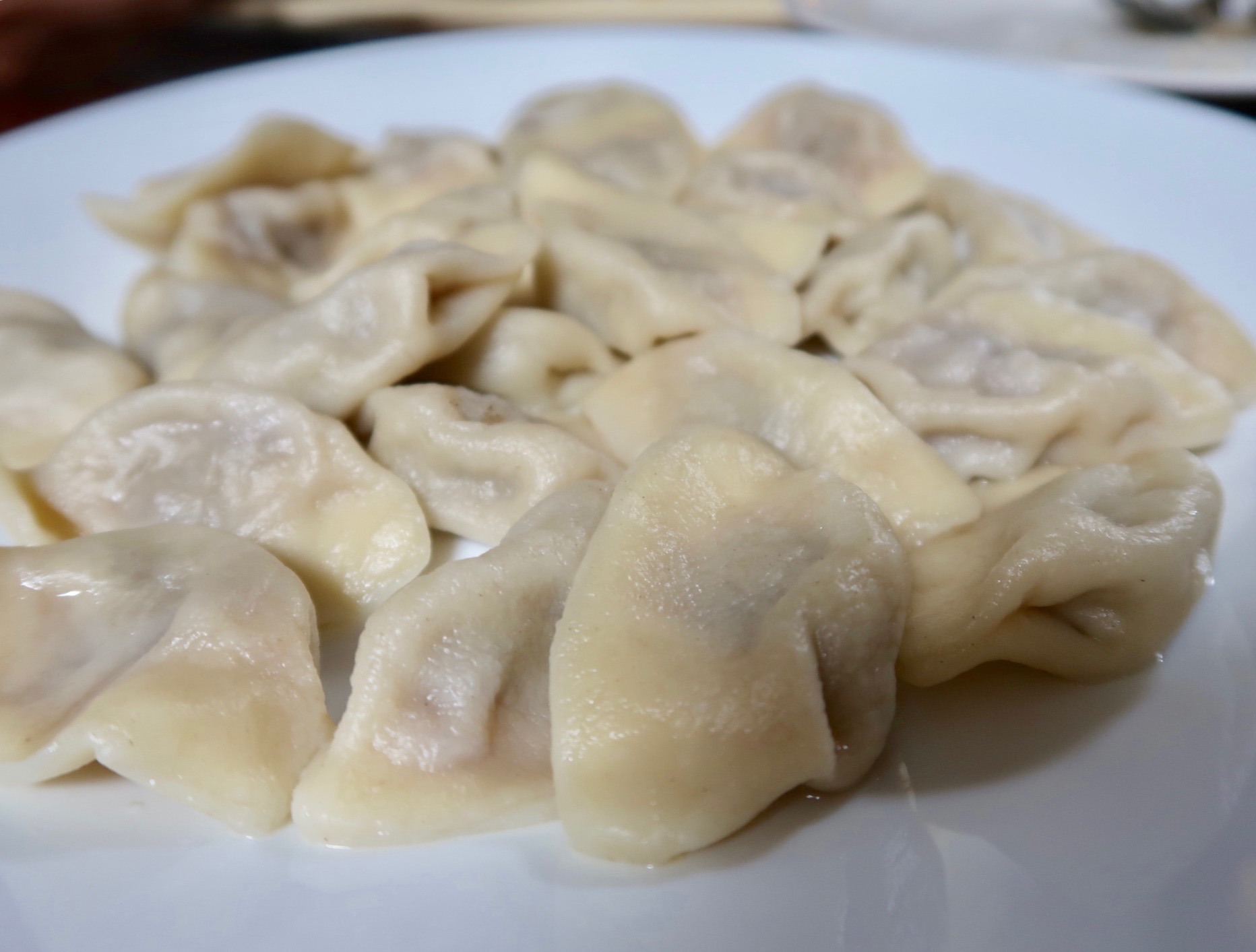 Tugur is the name for boiled dumplings! They are stuffed with the same filling as the samsa, and so again I found them to be quite bland. 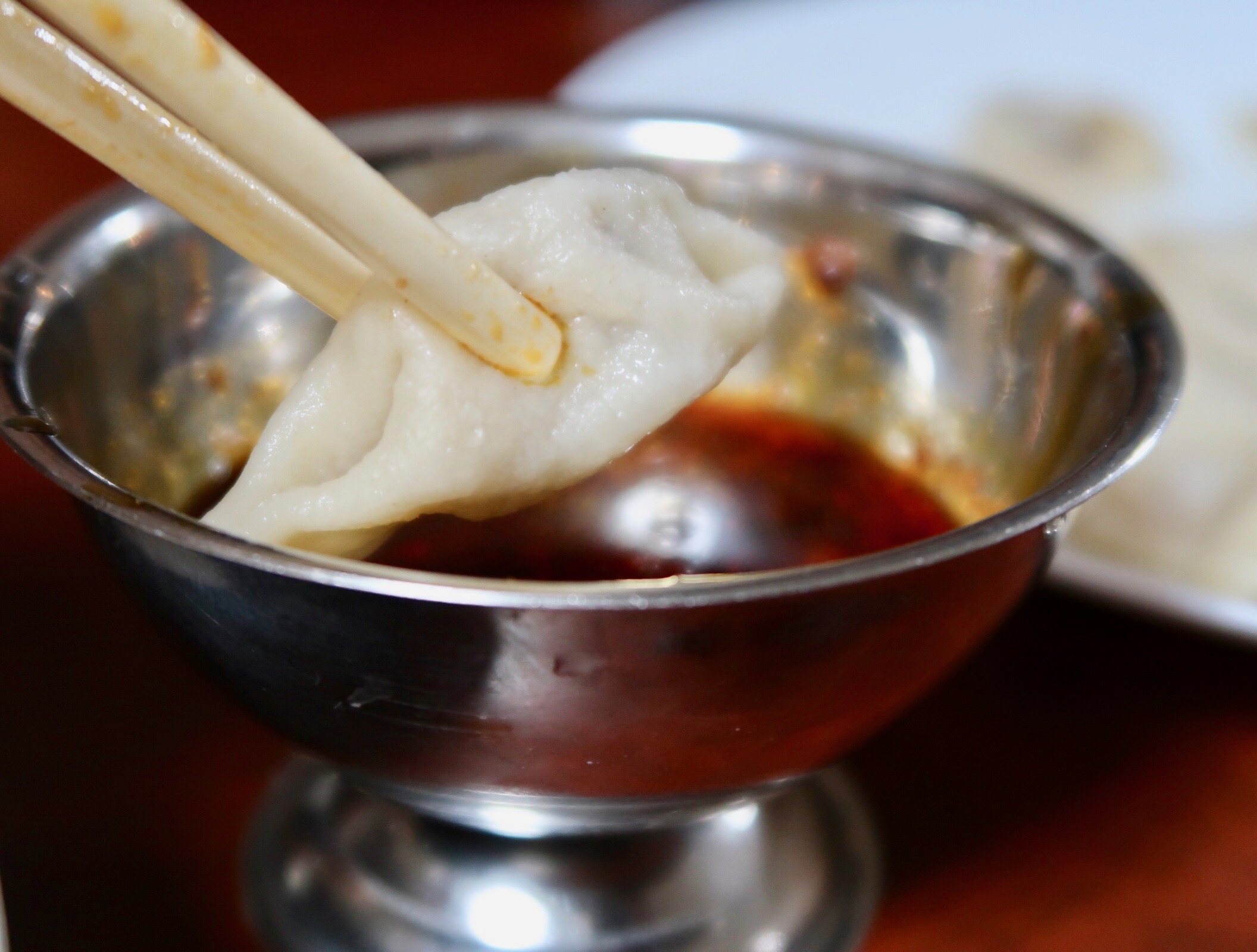 When you come to a Uyghur restaurant, this is what you need to order! A HUGE plate of chicken stew. You need to share this with people or opt for the smaller version. 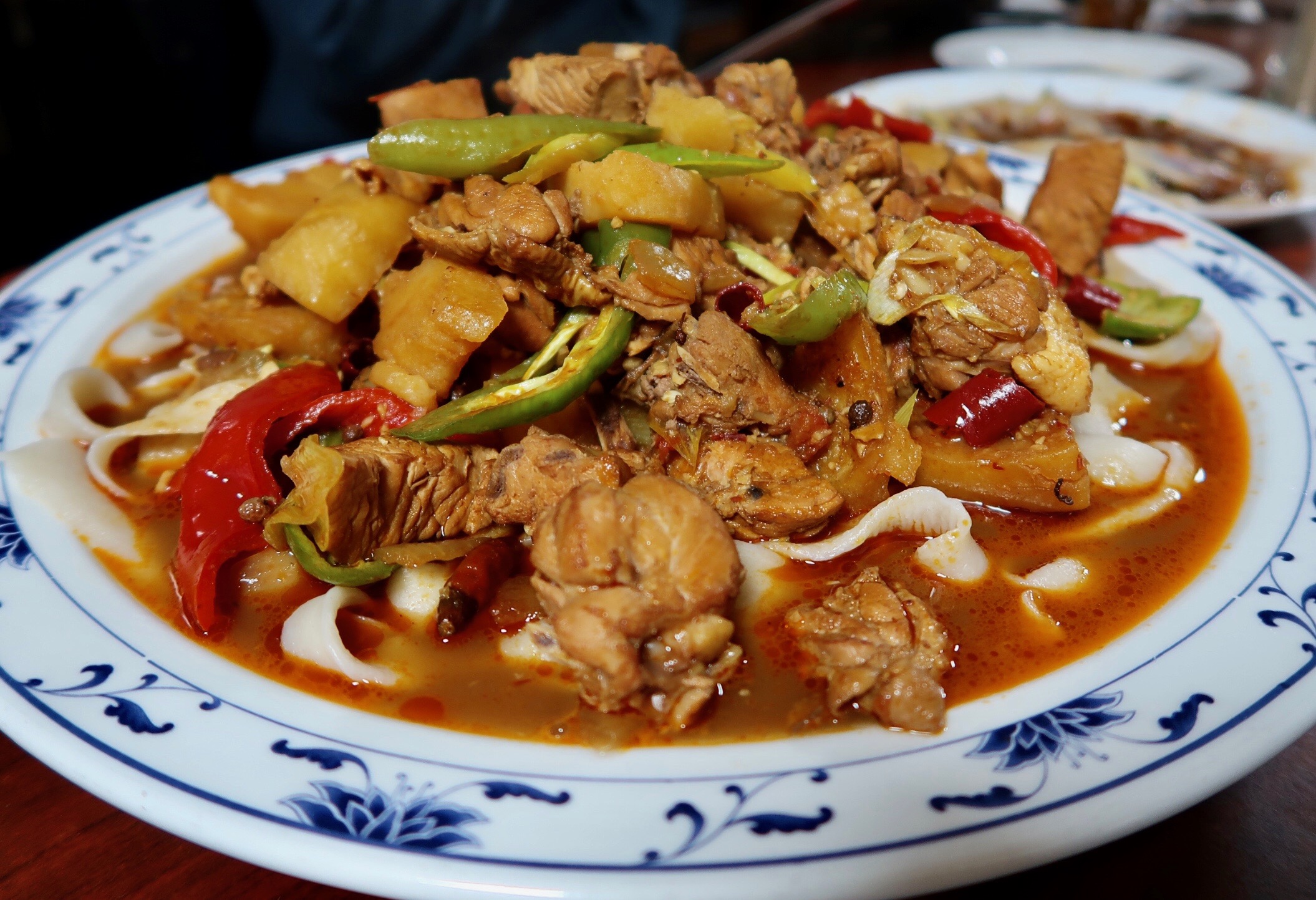 It is a signature dish of Xinjiang that consists of incredible hand-pulled broad noodles mixed with hot chilli peppers, chicken and potatoes! The noodles are slightly stiff, the potatoes are soft, the chicken is tender and the sauce makes everything slurpy… together all the textures of the dish were amazing. It had lots of flavour and the right amount of spice.  I’ve never had anything like it!

Having been to both Dilara and Etles restaurant, I don’t think I am the biggest fan of Uyghur food and I’m sad to say that as I really thought I would have loved it. I enjoy more flavour in my food and so some of these dishes disappointed me. Perhaps next time I would just stick to noodle dishes (which I really enjoyed), and I also want to give the kebabs a go! I still recommend trying out Uyghur food as it would be a new experience, and I think it’s great to have this addition to the London food scene all the way from Xinjiang!