Just like everyone else, I hate making mistakes… but at least you learn from them! I made a mistake last year when I went to Paris. I wanted to go to a halal restaurant but silly old me didn’t check the times at which it was open! I mean I just assumed it’d be open at 2pm for lunch, but I guess was wrong. And then in May I went to Paris again and I really wanted to visit another restaurant called Le 1818 (remember when I told you about this in my Paris travel guide?). I went at 2.30pm only to find out that their last orders finish at … wait for it … 2.30pm! I can’t tell you how devastated I was to not have been able to try halal food in Paris for the second time!!! So when I returned to Paris yesterday, I was fully prepared and super organised with a timetable in hand! Third time lucky, I finally got to try the food at Le 1818! Le1818 is a halal French restaurant located in Victor Hugo; a beautiful area with pretty buildings and even a water fountain. Halal French food is something of a rarity in London, so I was super excited to try it!

I had already checked the menu waaaay back in May when I initially wanted to go, so I knew exactly what I wanted! The beef fillet in a pool of white truffle oil beef jus, with potatoes and an unexpected layer of foie gras!

The presentation of this dish, as you can see, was great and I couldn’t wait to tuck in. 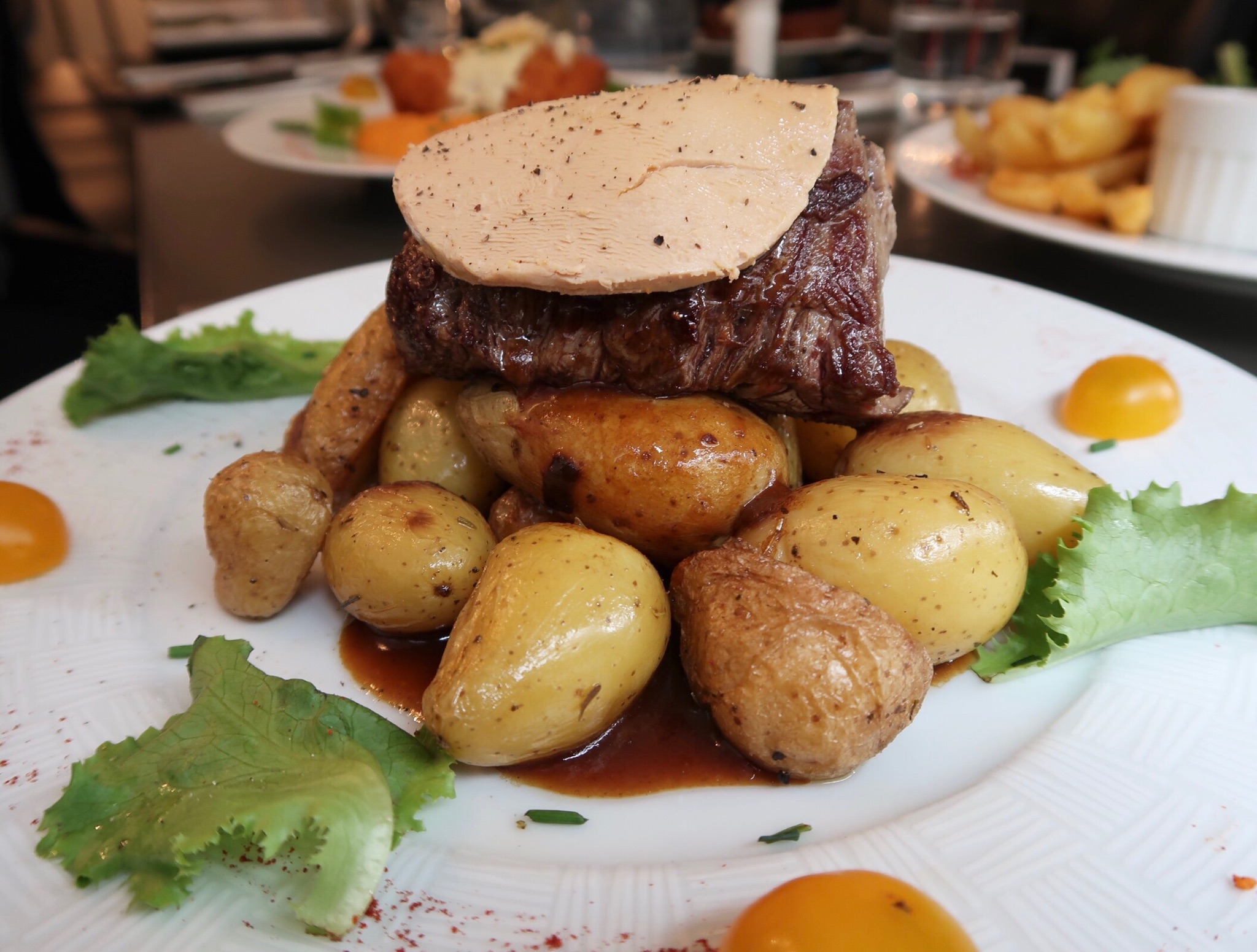 As I tried to cut the beef I really struggled as it was tough and very dense. I ordered it to be cooked medium but it seemed to be medium rare. 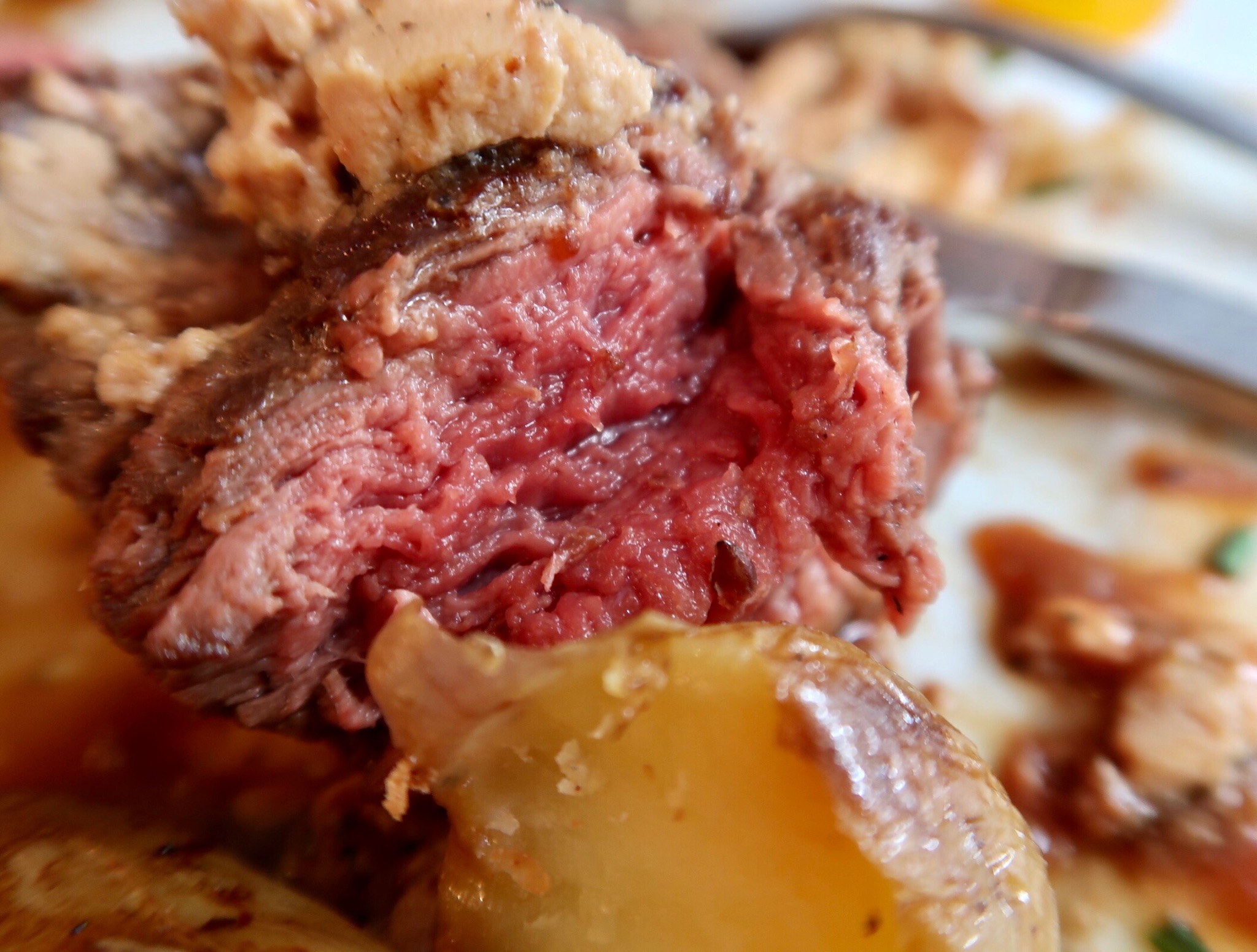 I found it to be incredibly chewy and the steak itself could have been seasoned better. However, the white truffle oil beef jus was delicious and I enjoyed dipping my potatoes into it! Overall I was really underwhelmed with this dish, and felt like it lacked oomph. 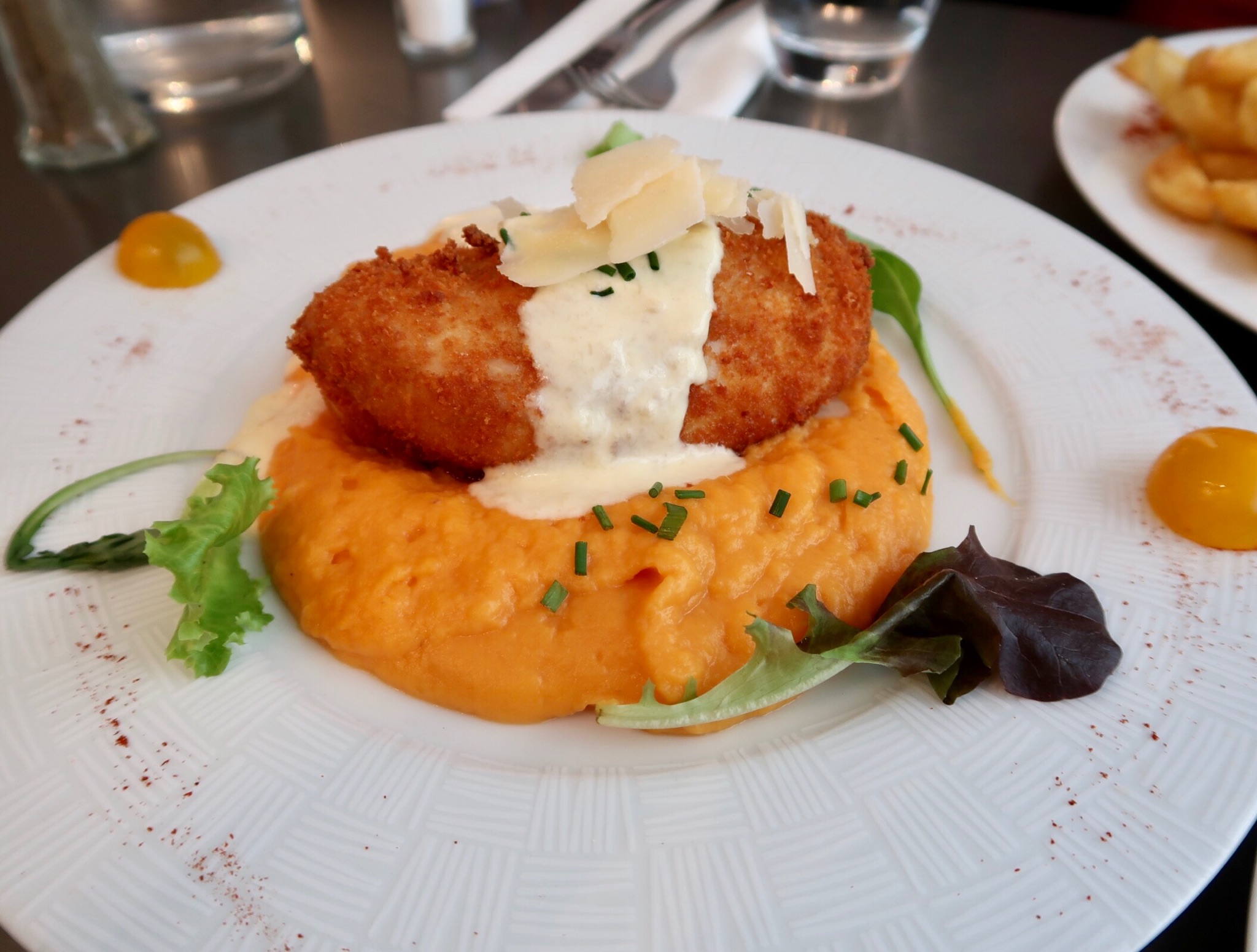 My friend Muneerah ordered this dish which consisted of breaded chicken, stuffed with beef, along with mashed sweet potato. A ballotine is usually stuffed with forcemeat therefore we didn’t expect it to come with beef bacon. The chicken was tasty, however we weren’t a fan of the beef bacon inside as it had a strange flavour. 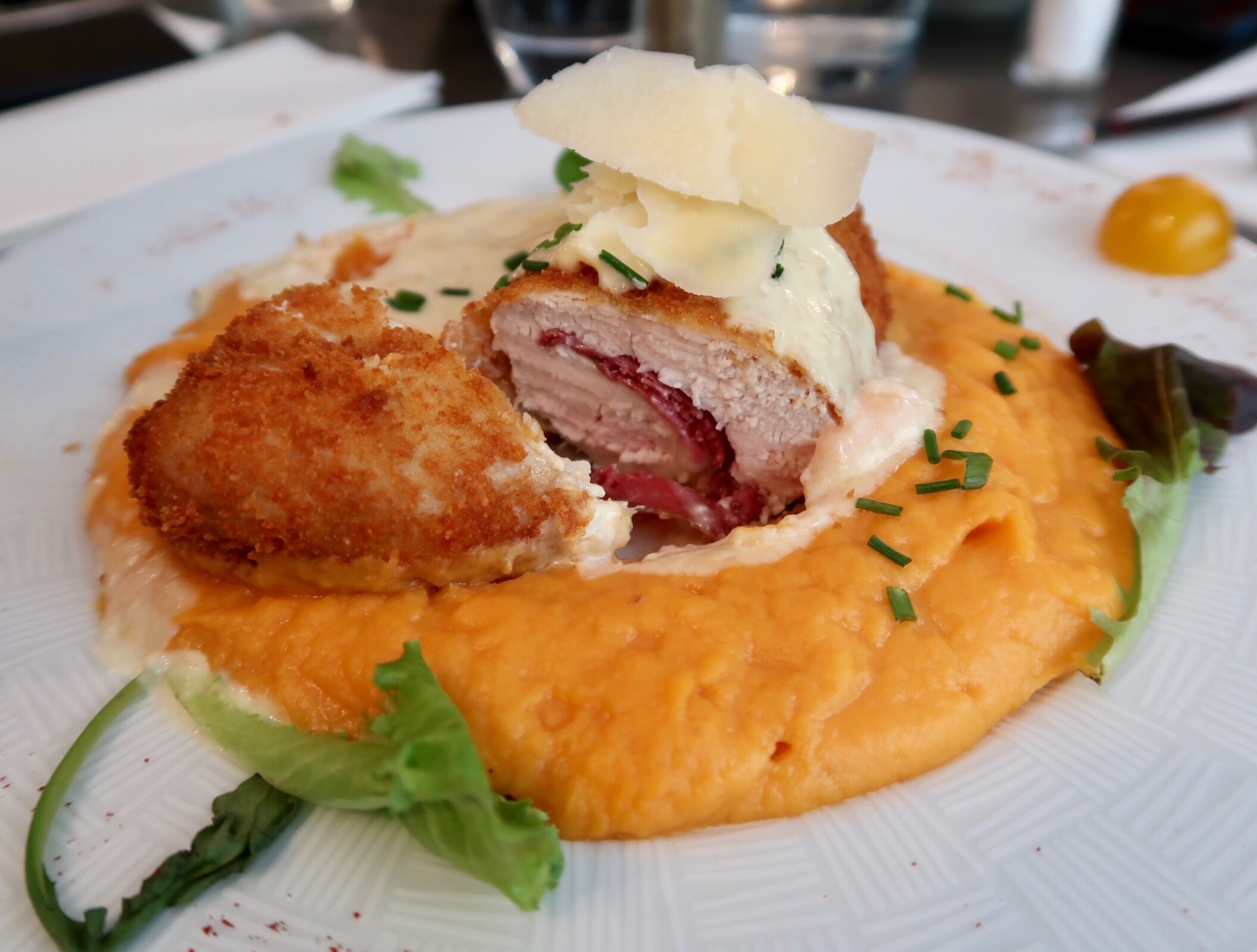 The sweet potato mash was deliciously creamy, buttery and garlicky and my friend enjoyed it!

Yes we came to Paris and ordered a burger! Having been disappointed with the previous two dishes ,we thought the burger was a wise choice. However, the bun was rock hard, patty was incredibly dry and it didn’t taste of anything. It came with beef bacon, which again had a strange flavour. It was also served with fries which were the best part of the meal!

I know I sound harsh but for €21 it was an incredibly poor burger. 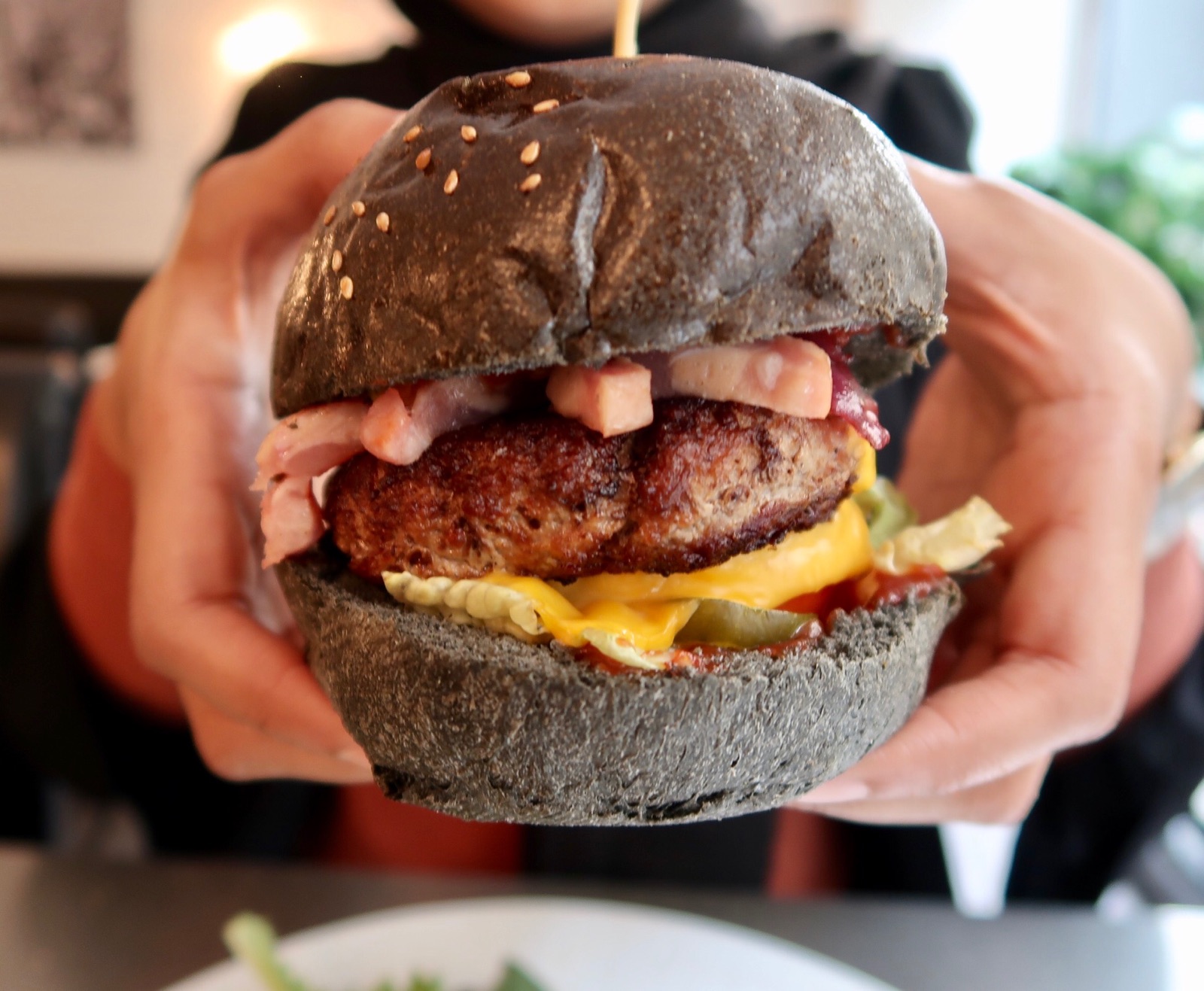 After missing out on Le 1818 on my last trip, the food here was a bit of an anticlimax for me! It was nice getting to try French food, however I thought the quality of the food wasn’t great and it was not worth the money. If you know a good halal restaurant in Paris, do let me know and I’ll give it a try next time!

Other options that have been recommended to me are: